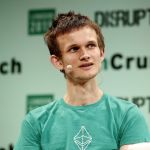 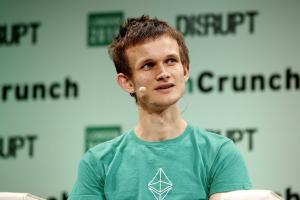 The co-founder of Ethereum, Vitalik Buterin, is known to comment on most things cryptocurrency and blockchain-related. Most recently, he featured in a video on Zcash’s YouTube channel, discussing governance and outlining the blockchains that he deems have the most potential for self-improvement.

Initially, Buterin outlined why he does not fully agree with the on-chain governance structure which, e.g., EOS uses. More specifically, he said that this is due to the delegate slots used in on-chain governance, which allow coin holders to elect delegates which will essentially run the network.

Buterin noted that his past self would have been less critical of on-chain governance, adding that he has radically changed his views since then – and he is now instead ”absolutely against that, and […] thinks that stuff is crazy.”

Moreover, Buterin explained that he dislikes the voting aspect of on-chain governance systems, stating that ”if you look at EOS, EOS has these 21 delegate slots. And to get into one of these delegate slots you have to basically vote – or you have to have people with enough coins vote for you.”

Buterin also raised the fact that merely 17% of all EOS holders have voted, adding that Bitfinex is the largest source of voters. In addition to this, Buterin also questioned whether Bitfinex should have actually been able to take place on the list of 21 delegates as they only own 1.8% of the actual EOS coins.

Furthermore, Buterin expanded on the nature of the voting mechanism in on-chain governance systems and how Bitfinex has been able to use it to their advantage, moreover noting that it created a ”super-linear pro-plutocratic effect” for the larger players, essentially allowing them to purchase a delegate spot.

He noted that Bitcoin’s governance has been ”fairly bad”, due to being quite conservative, as well as having different values than its user-base.

Ethereum, on the other hand, has been ”fairly capable” according to Buterin when it comes to delivering feature improvements requested by the community.

Furthermore, he argues that Zcash’s governance has kept delivering features according to its roadmap – much to the delight on its community -, Bitcoin Cash is now ”starting to push out changes”, and Monero undertakes community hard forks every six months.