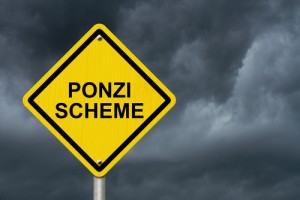 According to Primitive founder, Dovey Wan, the latest Bitcoin sell-off is down to a major Chinese ponzi scheme. Little known outside of China, PlusToken scammed over 200k BTC and 800k ETH, which are now hitting exchanges in batches.

Not Another Bitcoin Ponzi Scam

Started mid-2018, PlusToken was a classic Ponzi scheme offering high-yield investment return. There were four layers of membership structure, offering increasing dividends. By early 2019, it had a claimed 10 million members.

Correction, this fucking scam at least scammed over 200K $BTC as I dug out my old chats to compile all their wallet addresses this is nuts https://t.co/E8bJFIf8h8

The core team were apprehended by police two months ago and will be in jail for decades, according to Wan. However, the reported $3 billion of cryptocurrency they scammed out of members has not been recovered.

Many of the Bitcoin wallet addresses used are believed to be multi-sig, leading to speculation that some key holders remain at large.

Security audit firm, Peckshield, has been monitoring money-flow from the PlusToken wallets, and found that since early-july about 1000 BTC has gone into Huobi and Bittrex exchanges. Funds have been moving in small batches of 50-100 bitcoins per batch.

Unconfirmed reports from Chinese traders suggest that someone has also been consistently dumping 100BTC batches onto Binance. This is also believed to be related to PlusToken.

Not News Until Now

One of the big questions around all this is ‘Why are we only hearing about it now?’.

Again, according to Wan, there are three main reasons that exchanges have not paid attention. The main one being that the scam has not been known outside of China, with the possible exception of South Korea.

Added to this, Chinese exchanges didn’t act because the case has officially been ‘closed’ by Chinese police. Finally, police didn’t work with the exchanges, because cryptocurrency exchanges are officially banned in China.

So What Should We Do?

Both Peckshield and Chainalysis are monitoring the coins involved in the scam, but exchanges must also get involved. There is potentially little that can be done about tokens which have already been cashed out. However, exchanges are able to freeze incoming tokens relating to known scams.

The important thing is to ensure that the relevant parties are aware of the situation. Because, 200,000 BTC flooding the market is bad news for everyone. Unless you missed out on buying sub-$10k Bitcoin last time?

Do you think this scam is the cause of the latest crypto market flash crash? Add your thoughts below.