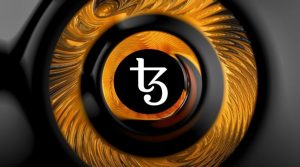 A number of coins are on the up following the prolonged bearish momentum in the cryptocurrency market. Bitcoin (BTC) currently trades at $7,200 USD, following a spike on Thursday from $6,400 USD, that left investors confused given the bearish sentiments from the technical indicators on both lower and higher timeframe (TF) charts. The spike caused a hopeful stance across the market as top altcoins – Tezos (XTZ), a recent entrant in the top 10 included – gained over 5% in the past 48 hours.

However, Tezos is currently showing bearish signals on the higher TF charts as the coin breached below the $1.50 USD mark. Moreover, the staking token crossed below the bearish wedge support level signaling a possible downtrend towards the $1.40 USD level.

Stopped out per setup but I'm watching for a re-entry.

Tezos [XTZ] dropped below the bearish wedge support in the early trading hours in the Asian market on Thursday 19th Dec 2019 calling for a further drop. However, bulls have sustained selling pressure keeping the price above the Bollinger band middle band, acting as near term support.

XTZ bulls look set to usher in an upward momentum in the XTZ/USD market recording higher intraday lows of $1.47 USD, closing out the trading period at $1.50 USD. 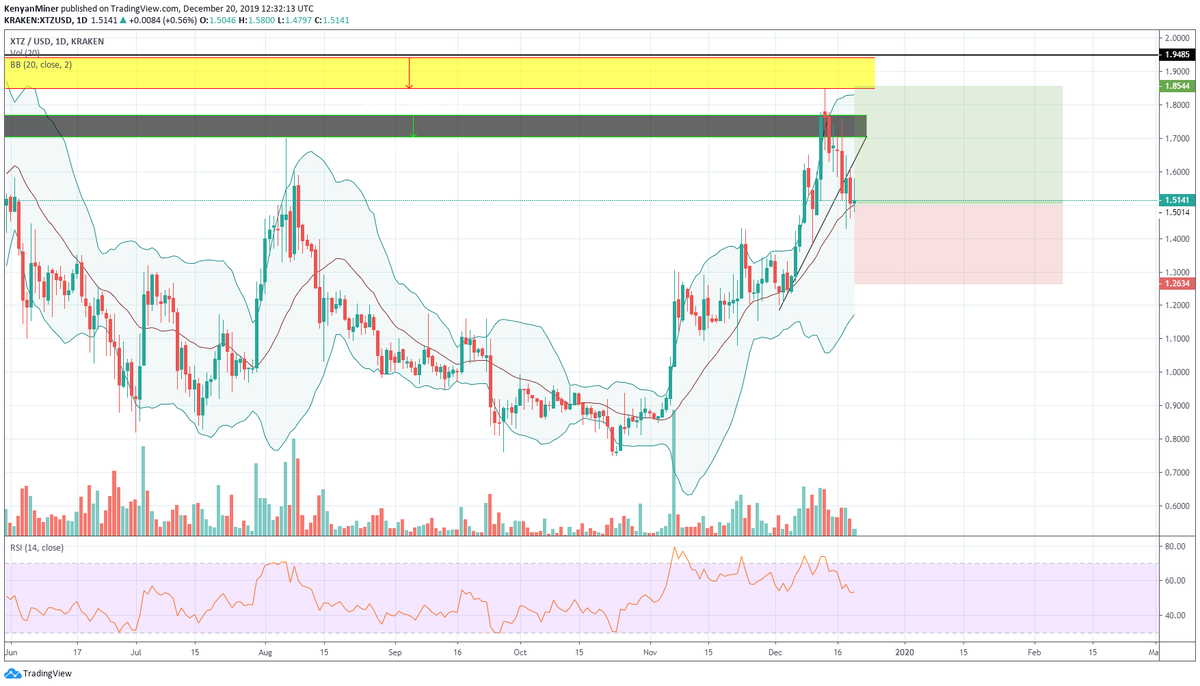 A push above previous intraday high at resistance level at $0.60 USD is crucial for any hope of a bullish reversal. Bulls pushed the coin to an intraday trading high of $1.58, before retracing to $1.518 USD, as at time of writing bouncing

XTZ price dropped below the 15-day EMA line for the first time in 44 days, signaling a possible bearish trend in the near term if bulls fail to push it back above the resistance. Is it time to exit trading positions on Tezos?

Probably not. With staking expected to be the next big thing in the field come 2020, similar to the exponential growth of DeFi products in 2019, Tezos provides exciting opportunities for investors.

Coinbase is now the top Tezos baker with over 35 million XTZ tokens held by the exchange, according to Tezos Fish. The huge staking comes as a surprise given the high fees on the exchange – currently at 25%. The US-based custodial doubles up as the validator with the highest number of delegates at 2,310.

Read more on how to earn staking rewards here: https://t.co/mPvyr70gaV

With exchanges such as Binance offering free staking for Tezos, Coinbase’s dominance in baking Tezos may be at risk come 2020.